If this warning is irrelevant, please disable the syntax validation feature in the dashboard under General settings > Footnote start and end short codes > Check for balanced shortcodes.

The Buddha's path is not only emptiness, not just rest and life like a cow, but also a sensitive entry into reality and insightful watching of what is happening.

A Buddha in his teachings goes out to people to give them enlightenment – to teach about the truth. The one that is omniscient represents various ways of reaching the knowledge. He talks about renunciation, rid of sensuality, seeking peace, developing virtues, and acquiring wisdom.

With regard to the soul – to work on its own interior – explains the importance of peace and vigilance. These two ways of ascension of the soul to the Highlands are called in the language Palijskim Samatha and Vipassana (in Sanskrit: Shamatha, Vipaśyana; After Tibetan: Zhi Gnas, dim. Wed-Tib. Śine, Lhag mthong, dim. Wed-Tib. Hlakthong)).

The peace and mindfulness advocated by Buddha are not a world kind of rest or focus, but they have a special meaning, different from what the currents of the world depict. The ultimate goal of Buddha's teachings is to achieve holiness. Holiness in this regard is eternal happiness – not emergency Beano, a fleeting delight, a momentary comfort, a relaxation at the spa & Wellness, but a walk to the essence – to what we can call life eternal. We will not raise the question here, whether it is an encounter with a personal God, or what it is to be, eternal celebration, because they are spiritual issues (theological, metaphysical) that would require a broader discussion, and here Rather, we would like to say this from a language and useful life. Buddha himself, moreover, taught about peace and vigilance more in terms of exercise, rather than being and purpose of spirituality. Only the later sages (e.g. Vasubandhu, Asanga (IV W.), Buddhaghoṣa (V. W.), Kamalaśīla (VIII W.).)) They have developed the special spiritual significance of these indications. 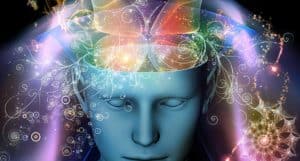 "We say vigilance, because it is to acquire a particular skill of research thanks to greater reasoning ((Lhag pa'i shes rab.)) than just cząstkowemu. " (ibid (here is an explanation of the origin of the name).)

"The two qualities have a share in sense (in a guarded).

What two? Calmness and alertness.

Peace of mind, when it is evolving, what purpose does it serve? Development of the soul.

And the soul, once it has developed, what purpose does it serve? Rejection of passion.

Alertness, when it develops, what purpose does it serve?

And the reason, once it has developed, what purpose does it serve? Rejection of unawareness.

The soul is niezbawionaed by contamination by passion. Reason is undeveloped by contamination of unawareness. So we have the salvation of consciousness through the disappearance of passion, and the salvation of reason – through the loss of unconsciousness. " ((Vijja-Bhagiya Sutta in "Aṅguttara Nikāya" (2.30), on the model of English translations of the Palijskiego language by Thanissaro Bhikkhu (1998). See. Link: http://www.accesstoinsight.org/tipitaka/an/an02/an02.030.than.html))

"So the monks, what way does he know to be independent? Peace and alertness. "

Vigilance can also be defined as a kind of vigil, remarks, mindfulness. This understanding also leads to the importance of looking, watching, contemplation, insight, intuition.

"Peace is, in fact, having second thoughts, vigilance – essentially a reason, and the development of virtues – essentially zeal";

"The principle is peace, which is a concentrated soul, and the separation of words, or vigilance, of a gradual thought."

The decoration of the story ( MDo Rgyan) says:

"Depending on the clear focus, we have peace and alertness,

To lay down the soul in the soul and separate the words. "

"When a person assimilates vigilance and calm, he becomes rescued from the tendency to peel evil states and to be a tendency to concepts."

In the original Buddha's speech, little is heard of vigilance as a separate art. Only the followers of the later times have been educated in a proper way of thinking, based on prior instruction. (This does not mean that I had not rozmyślano before, but that the way of thinking did not yet have a proper order and explanation.))

But in all the teachings of Buddha, the exception is the scripture that now serves as the basis for the modern Vipassana movement. This scripture, called Mindfulness Lecture (Pali: Satipaṭṭhāna Sutta, Skt. Smṛtyupasthāna Sūtra-the word sati (Skt. Smṛti), shifted as mindfulness, sobriety, vigilance, memory clearly refers to the meaning of vipassana and can be considered bliskoznaczny.)) It presents various ways of developing vigilance, which were later specifically educated in the oldest of the Indian Buddhist ritess, called therawadą. The methods discussed by Buddha relate to the form, the feeling, the soul and the word. They therefore have a physical, moral, mental and spiritual (intellectual) nature. It is a kind of przypatrywania, research or contemplation. The most widespread way of developing vigilance is to focus on the breath. Among the ways presented by the Buddha, this is just a fraction of the whole science of vigilance. Physical (character) vigilance is developed by focusing:

The moral (emotional) vigilance is developed by focusing:

Mental alertness is developed by focusing:

The spiritual (intellectual) vigilance is developed by focusing:

The vigilance is also developed in exceptional teachings of Tibetan Buddhism, such as a healthy conduct ((Skt. Vajrayāna, RDO Rje theg pa, dim. Wed-Tib. Dordzie Tekpa) and a great fulfillment ((Tib. Rdzogs Chen, dim. Wed-Tib. Dzokcien, or Rdzogs pa chen Po, dim. Dzokpa Cienpo), but this is only a bridge or a prelude to proper spiritual action. Similar teachings are also present in Bon Buddhism, which has its origins probably in the days before the birth of Buddha Shakyamuni.

"Self-conscious mind is imageless, and the pictorial form of vigilance is a force of consciousness.

It resembles a rainbow painted in the sky.

It resembles an open scroll of glitter.

In the spiritual teachings of the great fulfillment of vigilance is presented as a kind of image or pattern, that is, an object on which you can focus attention, while the same mind remains imageless, elusive. In explaining to this ((written by Nanksiera Lopo (SNang bzher Lod Po, ca. VII W.) From the revelation of Tapi HryXIV in.?) And is located in RDzogs Pa Chen after Zhang Zhung snyan rgyud las sgron ma'i 'grel ba Nyi ' from Rgyan in "Gangs Ti se bon gzhung rig mdzod dpe tshogs/deb NYer bzhi ba/rDzogs chen Snyan rgyud bka ' rgyud skor bzhi", Amdo 2009, S. 296)):

"The conscious mind did not create a pictorial form,

But in unstoppable strength, in the image of vigilance, there are manifolds.

How do they appear? It was said that they appeared like Rainbows in the sky. "

Vigilance is what helps to preserve consciousness, but in the mind of a great fulfillment it is not encouraged or developed, but allows it to manifest spontaneously. In this state there is a multitude of possibilities before looking. They have one quality for him, so it is capable of free and impartial movement for the benefit of all beings.

It should be noted that vigilance according to Buddhist science cannot be separated from the whole of the teachings. Sometimes there are tendencies to focus only on Vipassanie, ignoring the whole thing. This approach can lead to some ability to develop, or to achieve the sharpness of reason, but it will not have much in common with the vigilance that Buddha recommended.

The vigilance recommended by Buddha is a type of road. Just thinking is a part of the road. In this way he embarks on a certain basis and follows for a particular purpose. Without these grounds or not, the road itself will not benefit. It can be fun, but it will have nothing to do with the happiness and salvation presented by the Buddha.